Seamless garments, accessories, and yarns from alpaca and other fibers.

New Era Fiber specializes in processing Suri and Huacaya alpaca fleece into luxurious, eco-friendly yarn and garments. The soft and light feeling of our products is the result of our commitment to carefully managing every step of our manufacturing process to ensure product excellence while keeping the environment in mind. All our products are sourced and produced in the United States. 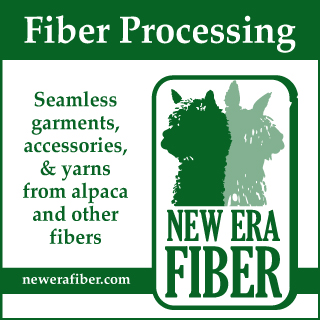